Prior to the project the building was unfit-for-purpose but through the diligent design and delivery by Reddy A+U it is now an artfully refurbished, fully air-conditioned, contemporary office space. The scheme merged the original Georgian architecture with a modern design providing a bright and fun working environment for over 200 Savills personnel.

In January 2013, No. 33 Molesworth Street stood as a partially occupied building that was in a total state of disrepair, apart from the Protected Structure itself. In early 2013, Savills, through discussions with landlord parties, marked this property as its new Dublin HQ. The project commenced on site in September 2013 and was complete by January 2014, a mere 5 months later.

The client was striving to achieve a contemporary office environment with clean, crisp lines, an open desk arrangement and central filing. The design concepts included the creation of a minimalist look, light penetration and the flow of spaces – in order to create an efficient working environment. Our primary design objectives included remaining respectful of the protected structure with minimal interventions, while creating an efficient modern office environment with an element of fun in the breakout spaces and canteen.

Very careful consideration was given to the mechanical and electrical engineering design and the associated treatment of the fabric of the property to route these. Our team approached this very carefully to ensure the existing Georgian features were not impacted.

Many challenges were faced and overcome during the course of the Savills fit out – the most significant of which being the challenge of connecting the three buildings, one being a Protected Structure. This was approached with due care to ensure that there was a seamless flow between the spaces, while retaining the original features of each building.

A second and significant challenge was the length and narrowness of the floor plate – and the need to create a bright and comfortable workspace within a volume with very little natural light, particularly on the ground floor. The design team achieved light penetration into the floor through the refurbishment of a double height glass-roofed atrium. In addition to this, a large Barrisol light was installed over the breakout area in the centre of the open plan area. This translucent sheet with concealed LED lighting successfully illuminates the space with a natural daylight effect which has transformed the working environment on this floor. 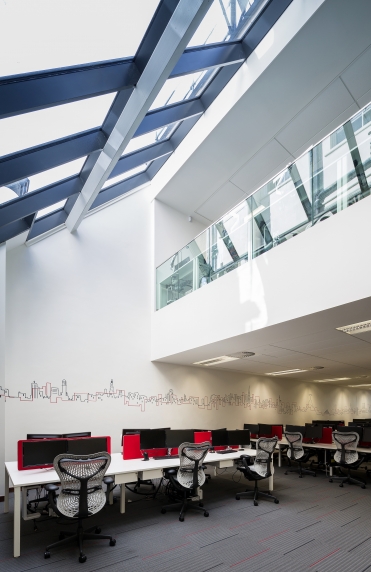 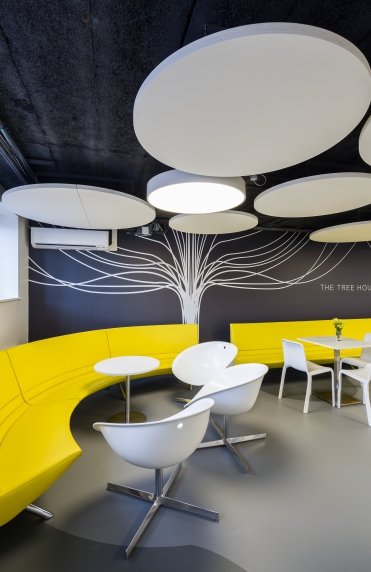 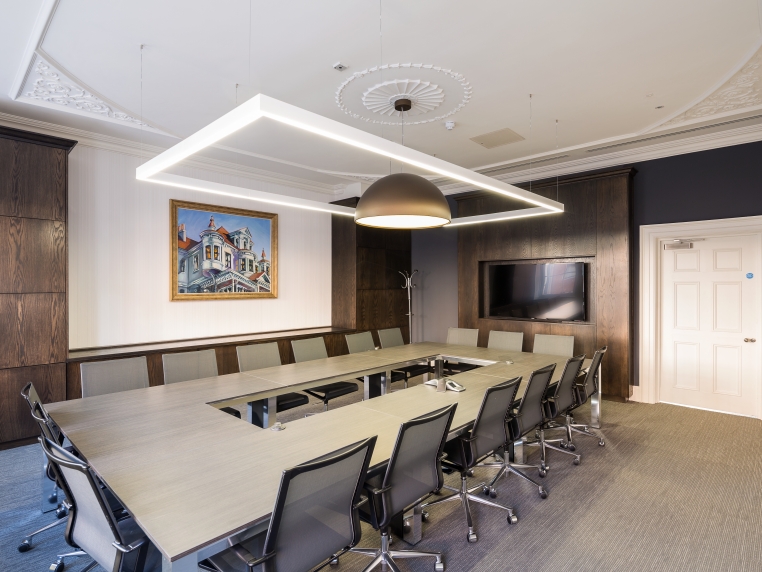 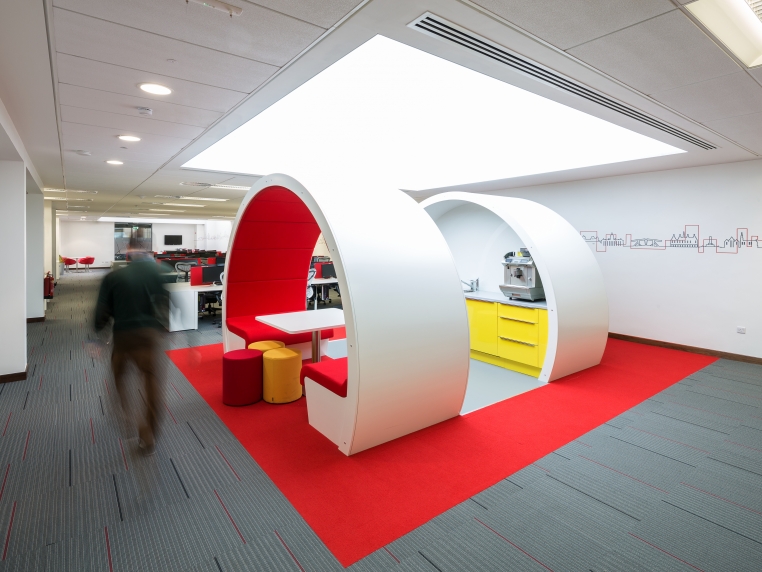 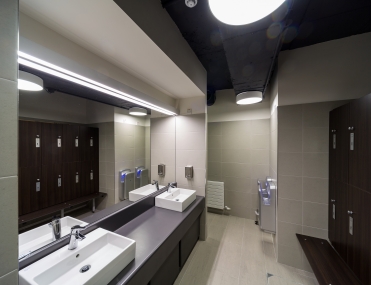