the project at Seamount is a housing development in Malahide, Co. Dublin designed over two connected sites comprising a combined area of 3.98ha. The projectdelivers more than 140 residential units as well as a childcare facility and associated site works.

The existing levels within the proposed site vary considerably and the most significant change in level occurs along the eastern parcel. These existing site levels have been considered carefully in the proposed design solution, taking cognisance of the existing levels of adjoining properties for access roads and public footpath routes. The approach to the massing and orientation were of critical importance and these were carefully managed in order to maximise the views towards the sea and landscaped spaces.

The scheme provides the opportunity to open up access to the future public park and allows for the inclusion of the green routes through Malahide thus driving the ambitions of the site and client in relation to the sustainable travel environment.

A mix of single and two storey detached and semi-detached units are located along the site boundaries of the western site which adjoin existing housing units. The higher density terrace housing and taller apartment buildings are placed in the centre of the site surrounded by landscaped public open space.  A linear detached housing scheme is located on the eastern parcel. In total the development provides 142 units including 58 houses and 84 apartments with a varied typology allowing for a varied tenancy profile giving the development a strength in depth. 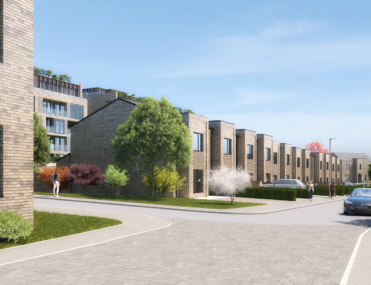 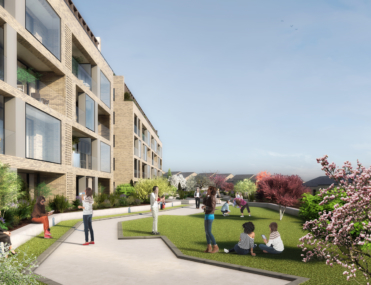 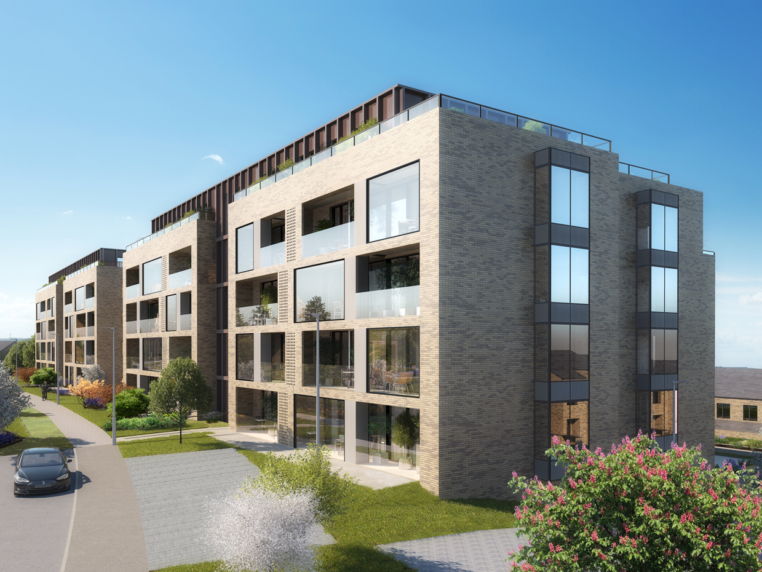