The new visitor centre for UNESCO World Heritage Site of the Cliffs of Moher is located below ground to minimise visual impact and provide an enhanced experience for visitors. The project emerged following a winning entry in an international design competition in 1993.

The scheme opened in 2007, it has won Irish and International Awards.

Given the unique and sensitive nature of the site, the key design priority was that existing landscape and organic forms should take precedence over any building. Any development to be located on the site should not compete with, nor distract from the natural attraction of the ‘Cliffs’ themselves.

The project was developed on the concept of a subterranean building, taking its design and inﬂuences from the natural materials and forms of the area in order to minimise its impact and footprint in its visually prominent rural landscape setting.  The resultant building has no façades as such, with the exception of the south facing ‘elevation’, where only the entrance doorway and the organic forms of the upper restaurant windows are expressed.

The palette of materials, ﬁttings and surface ﬁnishes used were carefully considered. The building structure was designed as a cast in-situ exposed concrete shell, in order to achieve the undulating organic forms fundamental to the design concept. The continuance of natural stone in both ﬂoor and wall ﬁnishes from the exterior to the interior blurs the transition from inside to outside and helps to further integrate the building into the landscape. 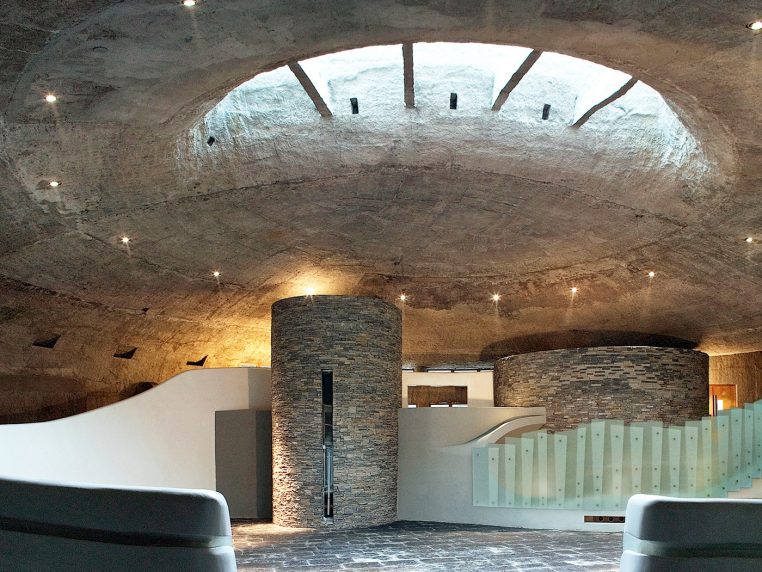 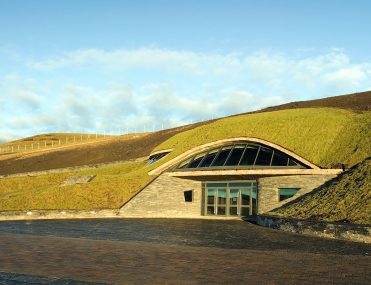 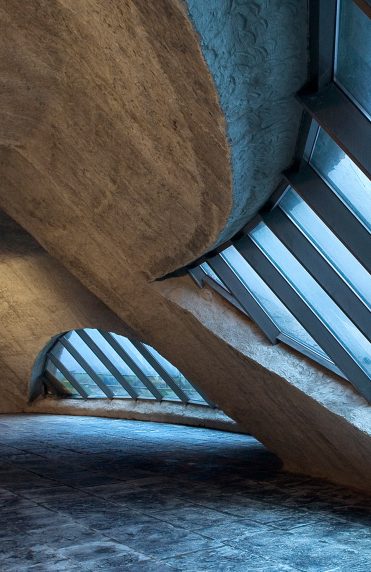 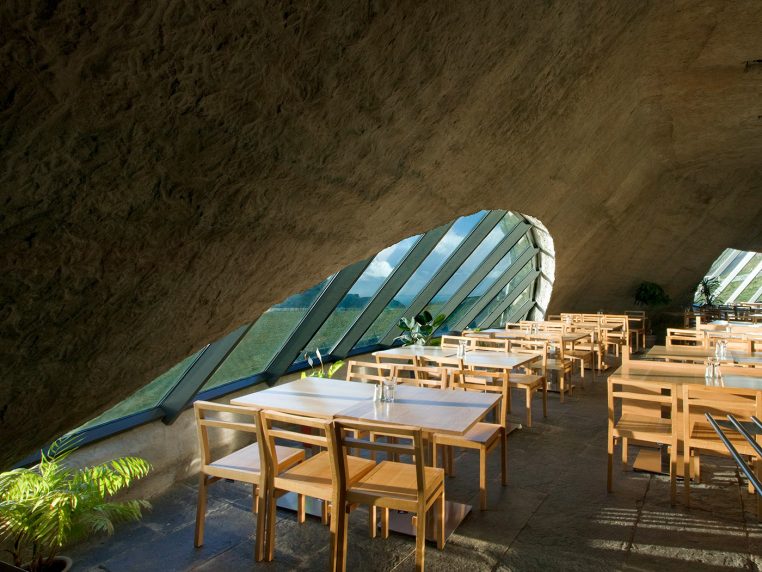