Reddy A+U won the commission to design the prestigious development of the Block 3 in the North Docklands. The office development of circa 43,445 sq m gross area comprises a 5 and a 6 storey office development centred around a landscaped entrance plaza whose shape influences the design from the macro landscaping through to the façade detailing and the resultant branding.

Reddy A+U’s competition winning concept of the Hive was driven by a sense of space and the language. The central space that delivered the identity was taken through the scheme and created a unique identity within the North Lotts area. By creating the Hive concept, which was represented in both the façade and in subtle ways such as in the paving, this commercial development will create a unique sense of place in the North Docklands.

The clarity of the architectural expression is created by the placement of a hexagonal pattern creating a unique design feature and branding identity. This will sit well both within the framework of buildings being created in the vicinity and the wider area.

There is a coherence in the design of the two blocks but individual expression changes on each façade to represent not only the different climatic requirements but also the different hierarchies.

The main streets are composed with double height colonnades which gives civic clarity to the main facades. The colonnade steps down to the rear where the expression of the building is much simpler. This Northern facade with its clear glass facades addresses the environmental and lighting situation and acts like a light box over the park and rear streets.

At each end along Mayor Street the buildings are bookended by stone facades which not only break up the mass of the buildings but create more vertical elements. The different facades create interest but are also calm and elegant in their expression and create an interface to the neighbouring buildings. 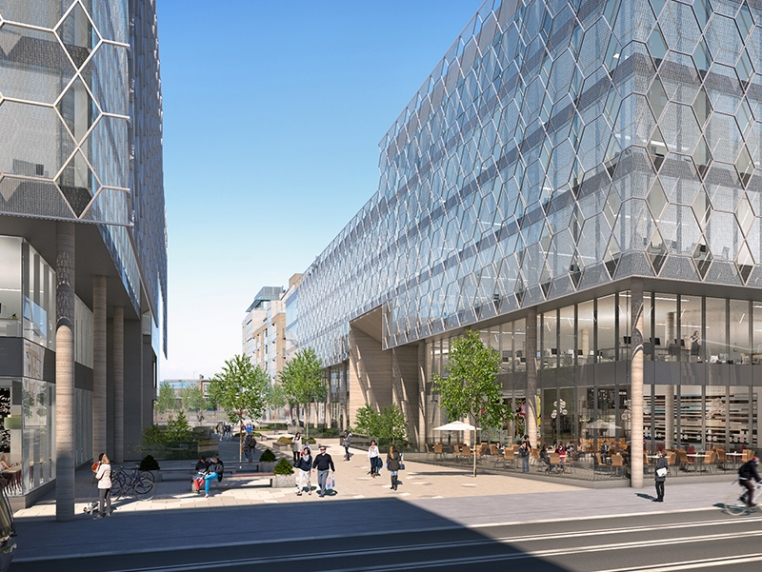 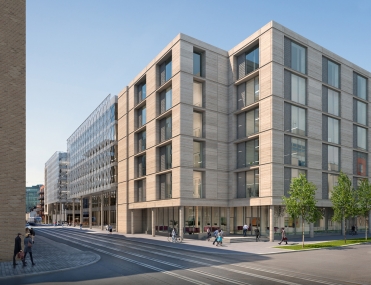 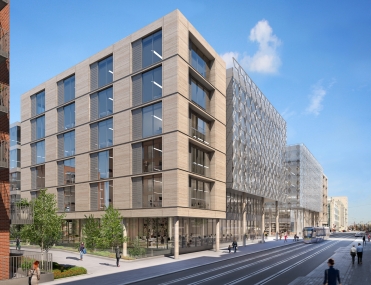