In January 2012, Reddy A+U in collaboration with, New York based ﬁrm, HLW was appointed to design Google’s HQ in Barrow Street, Dublin. The project consists of ﬁtting out three partially occupied buildings, linking all three buildings over the streets between them and redesigning the streetscape to create a ‘Google Zone’. Known for its innovative and exciting approach to its workplaces, Google has high ambitions for its Dublin HQ. Our role in delivering this places us in the forefront of developments in the workplace.

The project includes the reconﬁguration of ofﬁce accommodation for up to 750 Google employees across six ﬂoors. Ancillary areas such as meeting rooms, tea stations, cellular ofﬁces, and breakout spaces are delivered to the well known Google aesthetics. The scale of the scheme meant that there was the requirement for a specialist auditorium to cater for 380 people seated and the resultant expanded canteen facility to cater for this.

The signature element of design and construction is that of the Google Bridge. The design is a three point structure which is an engineering challenge between three buildings which move independently. Lighting was key and incorporates the capacity to illustrate the palette of colours from Googles logo.

The overall theme driving the design intent was ‘posh garage’ – a play on the idea of working from one’s own garage but in more luxurious surroundings! Working closely with Google we have gained a strong appreciation for their dynamic culture. This was achieved through a series of stakeholder interviews, workshops and ‘Googler’ surveys that have given us a better understanding of how they would like to see their workplace. We are also well versed when it comes to Google Guidelines.

The integration of state of the art technology is a key aspect of this project while maintaining Google’s commitment to sustainable design. In addition to working towards LEED accreditation it is the ﬁrst Google project outside of the US to be part of the Google Green Team Healthy Materials Program. 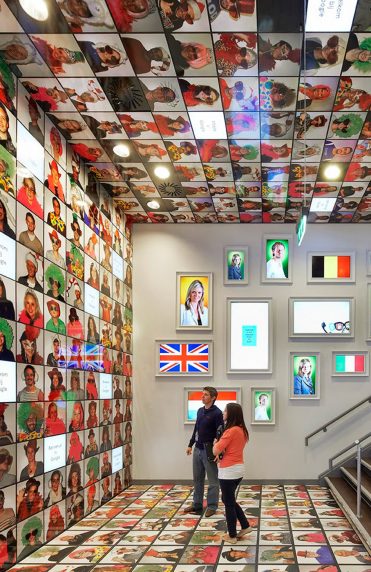 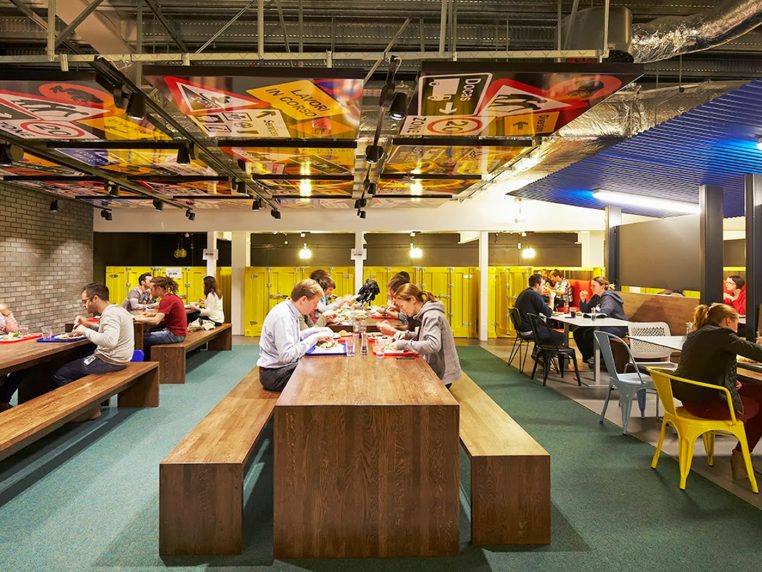 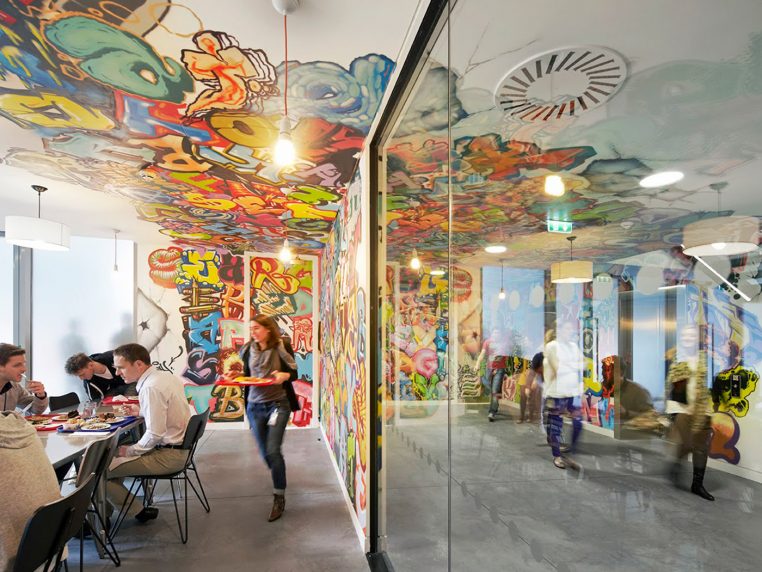 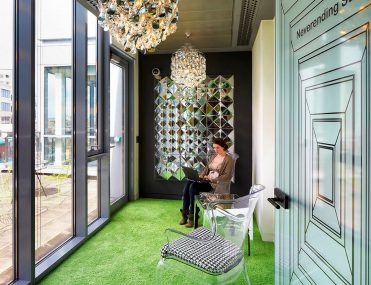 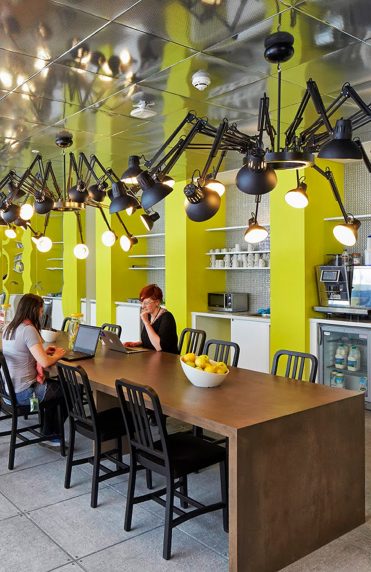 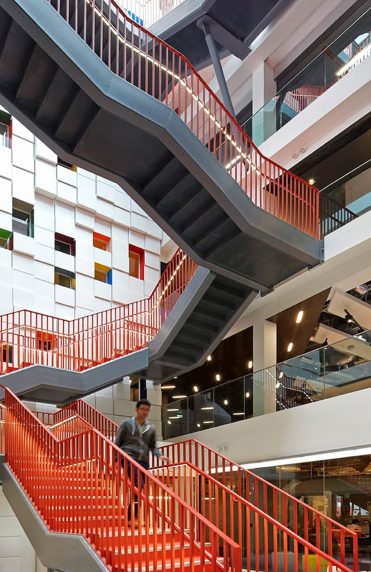